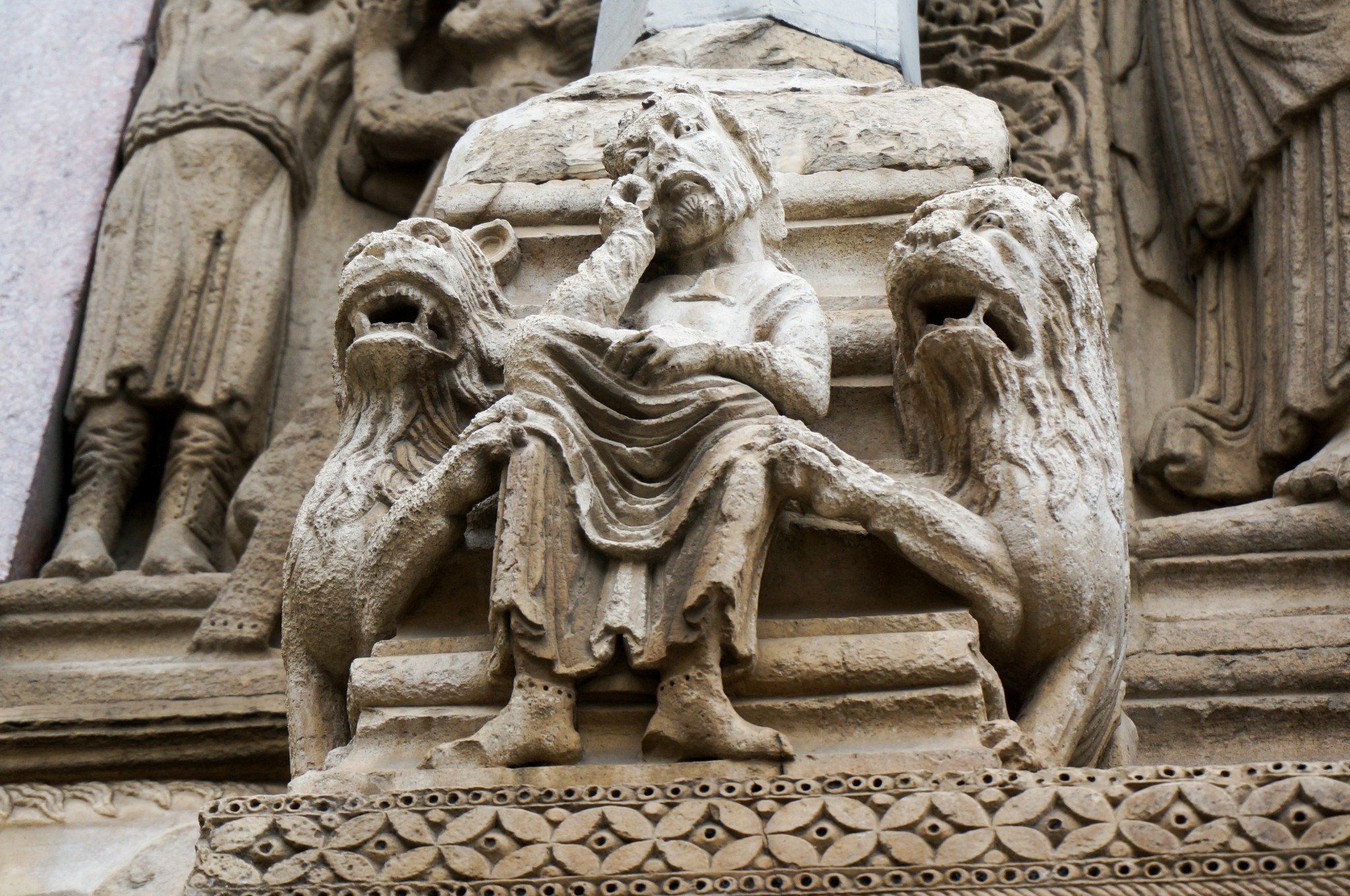 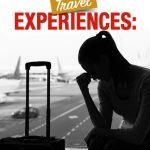 There are two things that I believe affect one's perception of and experience in a place: health, and weather. Because if you or the weather has the shits, you're probably not going to view that particular place with glossy-eyed wonder.

But what should be done when we find ourselves somewhere that should be great, and are instead filled with disappointment? Slap a filter on it and Instagram anyways? Insert a reassuring hashtag before broadcasting it on Twitter?

The media in combination with strange social norms has taught us that ugly, disappointing, and blah things are not to be shared. And if they are put on display, it's from a pedestal of judgment as we anonymously skim one another's lives through the looking glass of Facebook newsfeeds. 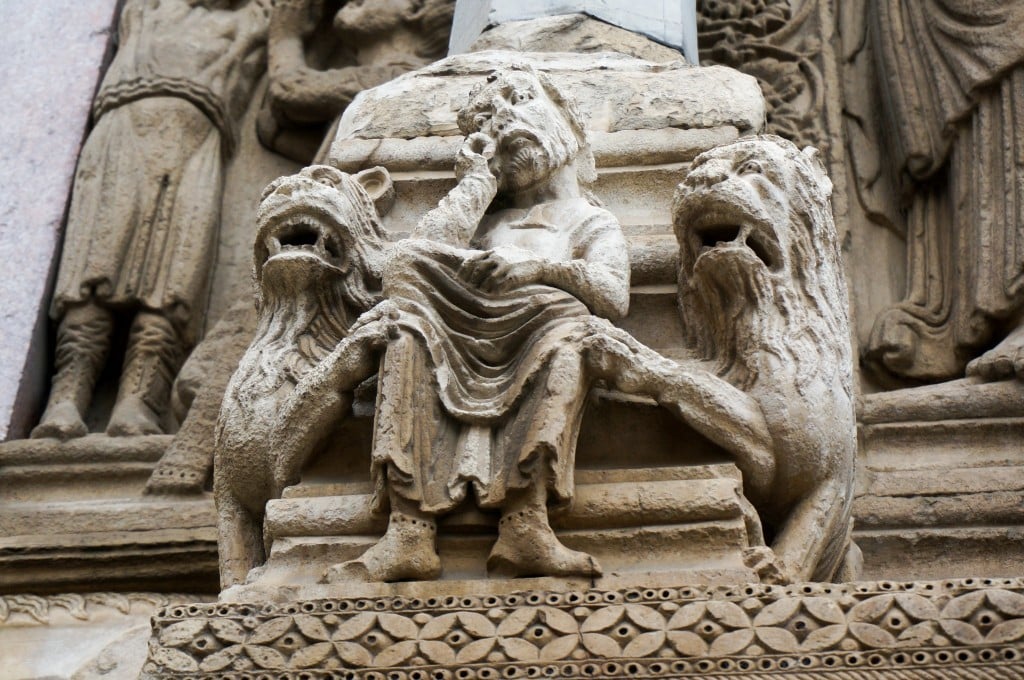 Recently I was at a dinner party where a friend expressed her angst towards the use of Instagram filters on food. This erupted into a comical and somewhat heated debate. If people want to amplify their own humble experience, shouldn't they be able to? Further digestion on all this made me wonder, though. Where do we draw the line between complete honesty, and false comfort that our lives are rich and flawless?

A fact that many quietly ignore is this: crossing geographical borders or being in a far away place does not imply exotic magnificence. For the indefinite traveller, that is a tough pill to swallow. Even though bad times are a part of living, we often choose not to share those moments that dishearten us or turn our world upside down. 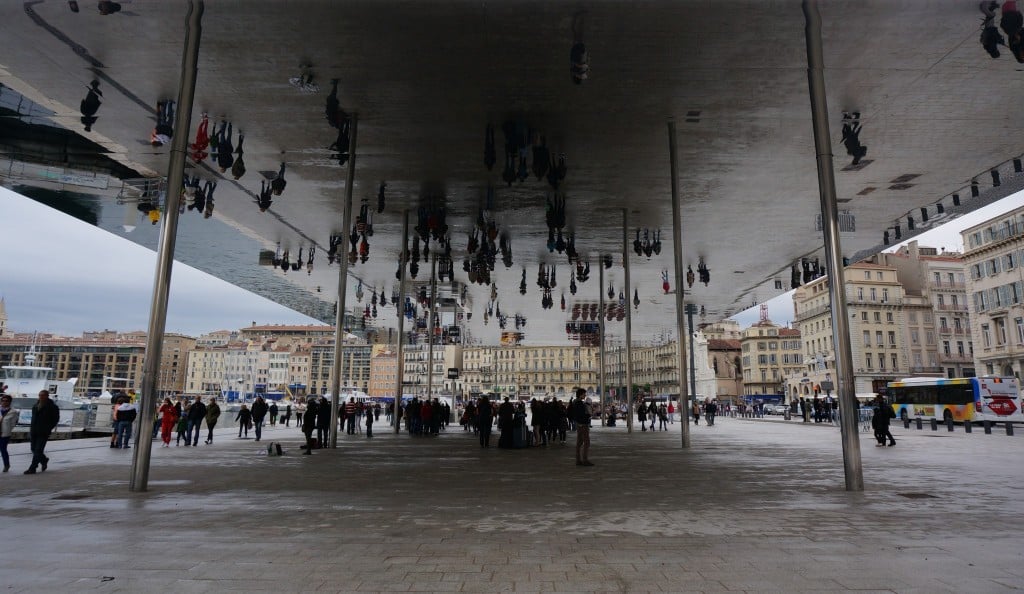 As both a reader and a writer, I hold keen interest in crappy experiences – they are insightful and oftentimes comical in retrospect. My life is not one of sepia-toned perfection snapped at just the right angle, and frankly, neither is yours. Ups and downs are expected, and travel is no exception.

So, are you ready for a pity-party? Here's 5 not-so-great times from our travels.

1. Stuck in the toilet bowl of South America. 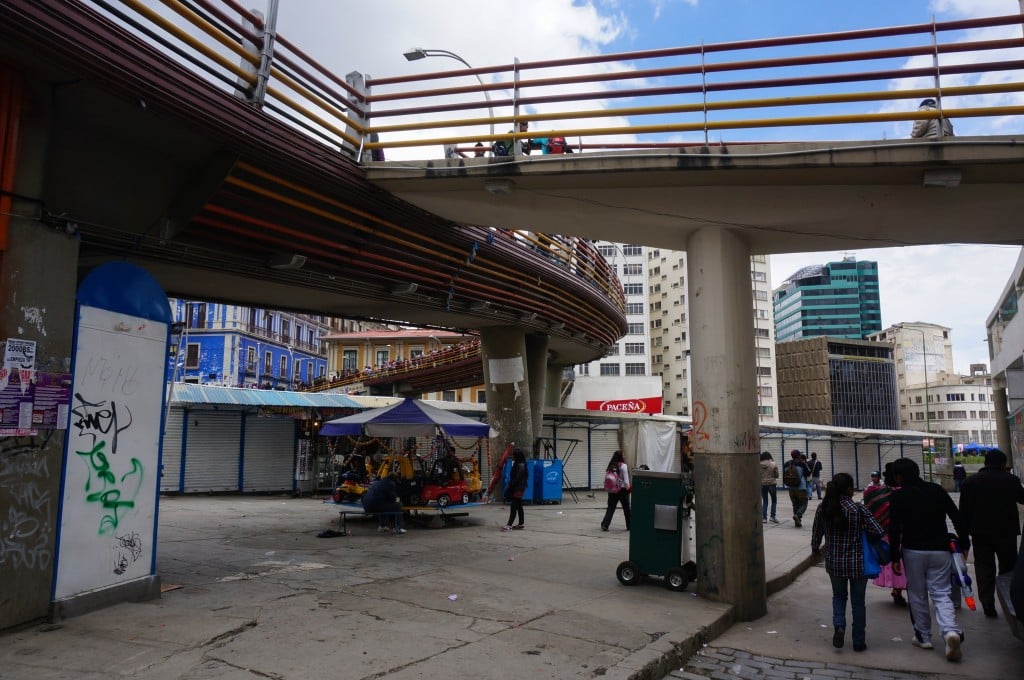 I still find it ironic that the sunken dome shape La Paz, Bolivia resembles (and is often referred to) that of a toilet bowl. Any traveller who learns you are headed to Bolivia will warn you, you're probably going to spend a lot of time on the porcelain throne here.

That predication held true for poor Ted. Our time in La Paz comprised of him being in a feverish and sickened state and us being stuck in a windowless hotel room for five days. The entire city was shut down for Carnivale despite its only outward celebration being a one hour parade on the first day.

Day upon day returning to the bus terminal to get outta town revealed the same news: the bus driver is too drunk – maybe mañana (tomorrow). My frustrations were amplified by the cackling laughter of intoxicated people squashed into the tiny ticket booths (why a bus ticket booth is an ideal party spot for five I just don't know). Crammed together, they danced and drank to the sound of South American trumpets blasting from a tiny radio as we walked away wondering if tomorrow would really be the day we'd leave.

The glorious day finally came when the bus driver was reportedly not too hungover and we could finally say adíos, toilet bowl! We had survived and successfully exited La Paz, Bolivia. Hallelujah!

2. Underwhelmed in the city of love. 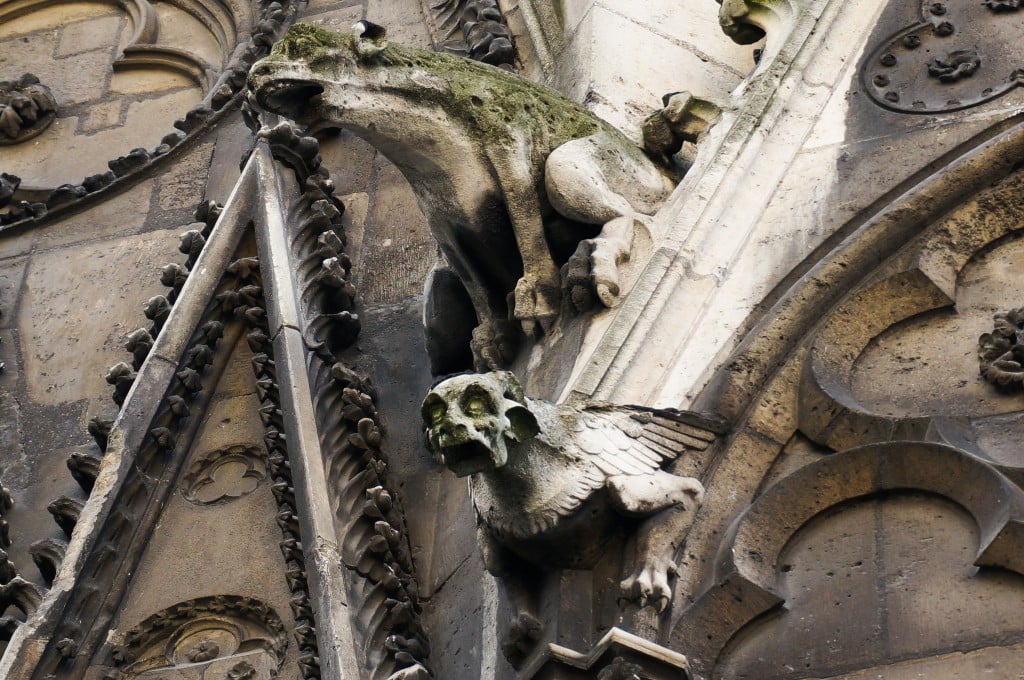 Something feels incredibly wrong about arriving to a destination and being hugely underwhelmed. You don't know whether it's organic, as in, the place is truly just blah, or if you're too burnt out to appreciate what lies before you. Whatever the case, not being in an infinite state of awe feels like you've committed a crime against wanderlust.

In case you didn't catch that from my this post, Paris left us with a strong sense of “so this is really it?”. For at the tender age of five, Beauty and the Beast made me believe that all of France is picturesque and quaint. Paris swiftly snagged this rug of dreams from beneath my feet.

One can try to ponder the meaning behind the Mona Lisa whilst knocking elbows with 100 other tourists who are simultaneously holding up their cameras in your field of vision. Or marvel at the man-made wonder of the Eiffel Tower as others cut ahead of you in line (no worries, I just stand in hours-long lines for fun!). Something about Paris still rifts me. Rather than quaint cobblestoned streets, I just remember desperately trying to frame shots without postcard stalls and tacky tourist shops in my shot. Oy. 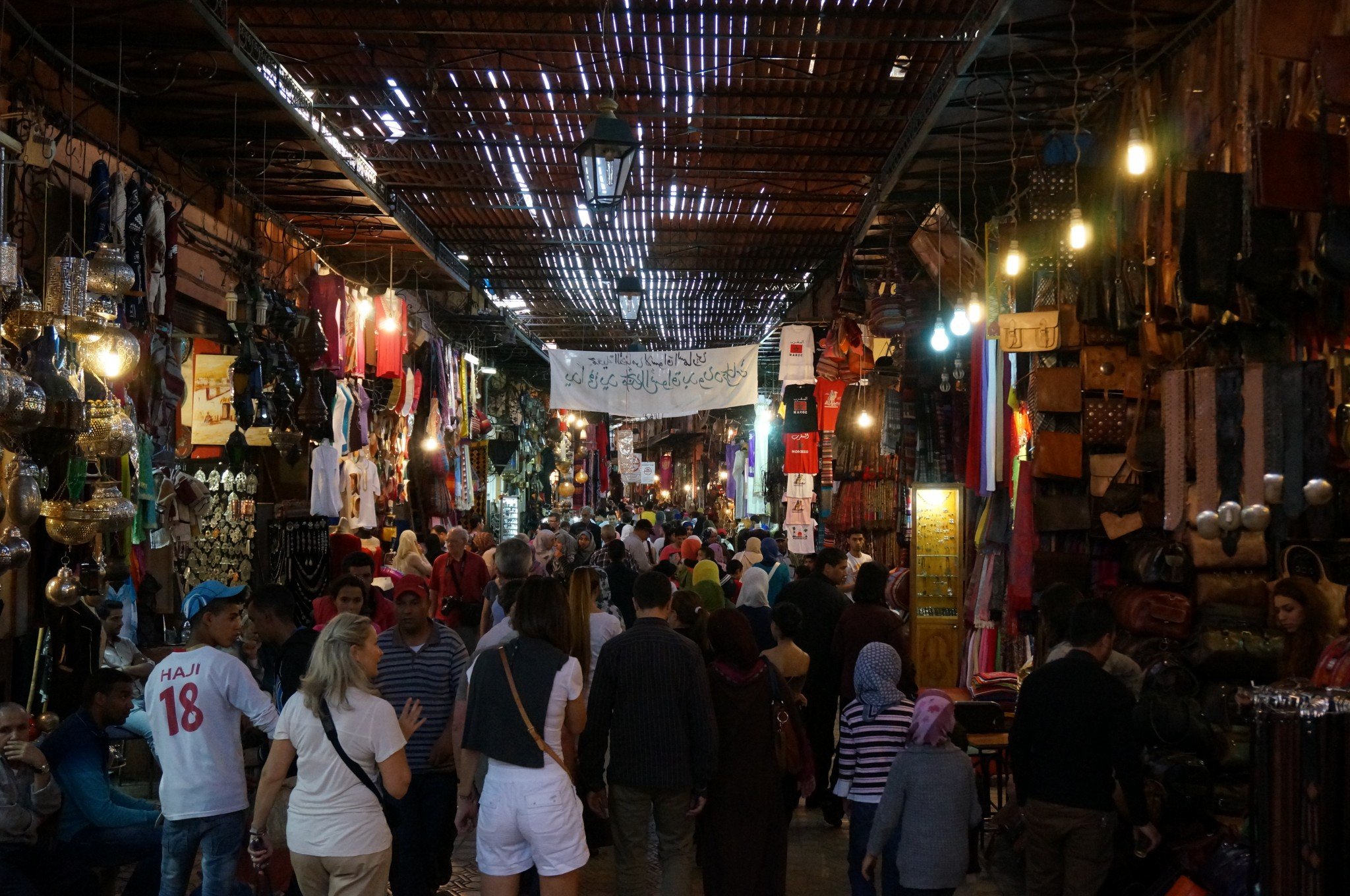 My initial thoughts of Morocco were: wow, what a cultural immersion. New sights and scents as far as the eye can see and the palate can ponder.

That sense of childlike wonder promptly fizzled with each day revealing that we were nothing more than money to anyone. Countless times we'd begin what we thought were genuine conversations with locals (some as long as half an hour), only to be led to a carpet shop. Having your trust repeatedly broken is crushing. I can say with complete truth that in our 3 weeks in Morocco, not a single human we spoke to in was talking to us out of interest. It always ended in a sales pitch.

By the end of our time in Morocco, we walked with our gazes downward to ignore the harassment of shopkeepers. The one time a pang of empathy did overtake me and I gave a beggar some money, I was given a look of “that's it?”, and an angry demand for more.

After weeks of mentally taxing wanderings, I breathed a sigh of relief as we finally boarded our 4AM flight back to Spain. Though Morocco had been breathtakingly beautiful, I couldn't help but feel a restoration of my feng shui as it shrunk beneath me out the airplane window. Ahh.

4. A stolen travel spirit in Madrid. 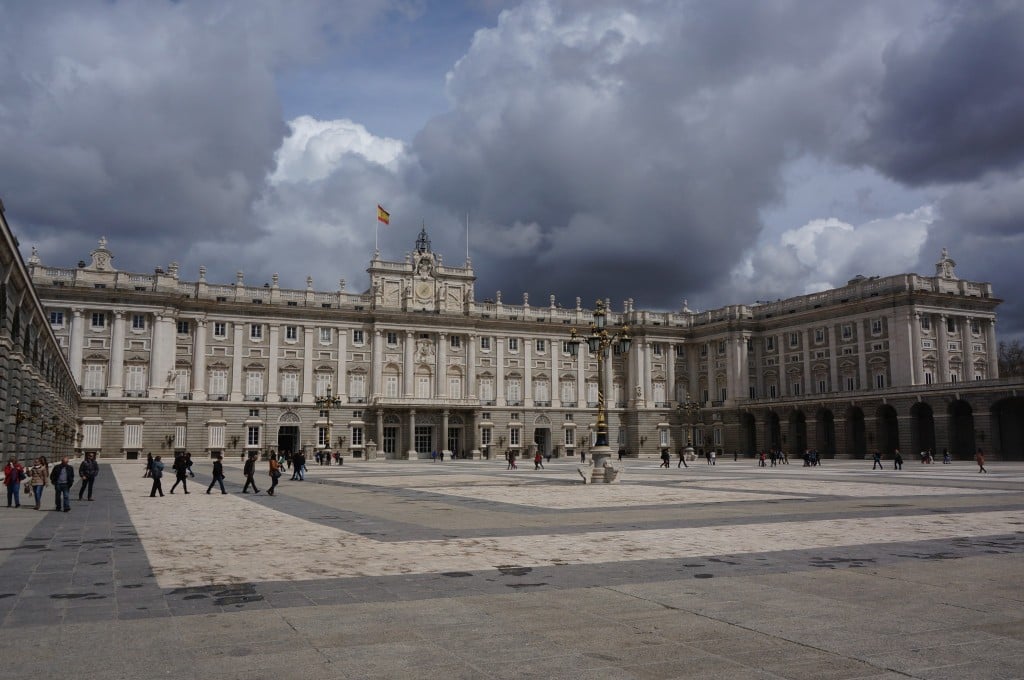 Madrid may be yet another beautiful Spanish city to most but for us, it will always be that one and only place we ever had something stolen.

It was a Sunday morning as we sat quietly in McDonald's to pacify the need for coffee and free wifi. A young woman came to our table with a sign, stubbornly demanding donations for children with disabilities. She was incredibly persistent and being an expert at telling people “no!” after our recent time in Morocco, I was proud as she finally walked away after.

About two full minutes later we realised Ted's iPhone had been stolen from right under our noses. We ran out to find her, but to no avail. We soon found ourselves sitting in the Madrid police station amongst other tourists that had also fallen victim to petty theft.

Days of non-stop rain thereafter left our shoes and our spirits in a soggy state. We were beyond fortunate that losing our iPhone was the worst thing to happen to us, but it was hard to shake the sour mood that incident had created. Sorry, Madrid, but I just don't like you anymore.

5. Regretful and friendless in Sydney, Australia.

The day we arrived in Sydney, after months of excited imaginings of our next life chapter… I cried. Not just cried, but fully broke down and sobbed. This was to be our home for the next year, but everything just felt starkly different from how I'd envisioned. I felt empty.

Despite a tsunami of homesickness washing over me, I was too ashamed to call my family and tell them the real anti-climax I was experiencing on this new “adventure”. Sydney felt like an obvious mistake and although my usually comforting Ted was there beside me, he felt the same, further amplifying my regret.

Sydney was cold and cloudy on our arrival, further fuelling my needless self-pity. After two weeks in a disgusting AirBNB apartment that hadn't been cleaned between guests for over 6 weeks and perma-smelled of dirty running shoes, we finally found our dream place. Still, it was unfurnished, and with nothing but our backpacks and a spring-exposed mattress, our first night involved dumping all of our clothes on us for warmth. Once again, I stupidly cried in an emotional, sleepless state and shivered through the night.

The reality that we knew no one in this foreign city soon sunk in as I wandered our new neighbourhood and understood that I had truly no friends here. I desperately clung onto every kind interaction at stores, restaurants, or bars thinking: could this person be my next friend? I needed normality and social interaction more badly than ever to re-affirm our decision to live here for the next year.

Eventually the beautiful and seemingly endless Sydney summer revealed itself to us. I stopped wallowing and chased after new relationships, probably at times quite desperately but my eagerness was well worth that social risk. Lo and behold I did make friends – and lifelong ones at that. Most surprising of all, we found our forever home and have since obtained permanent residency in Australia. For whenever we do decide to stop travelling and make a home, Australia is where we'd like to be.

In the same way that people can have disappointments over life experiences like buying a crappy house or accepting a job they didn't really want, so too we can have and should share our not-so-ideal travel experiences. They're part of who we are.

Would I ever trade in any of these crap scenarios to be back slaving in a single job till I'm 65? NOPE. If anything, these lacklustre experiences make me more appreciative of the good ones, and remind me that life is a rainbow of moments – pain, mediocrity, boredom, intrigue, wonder, and inspiration. 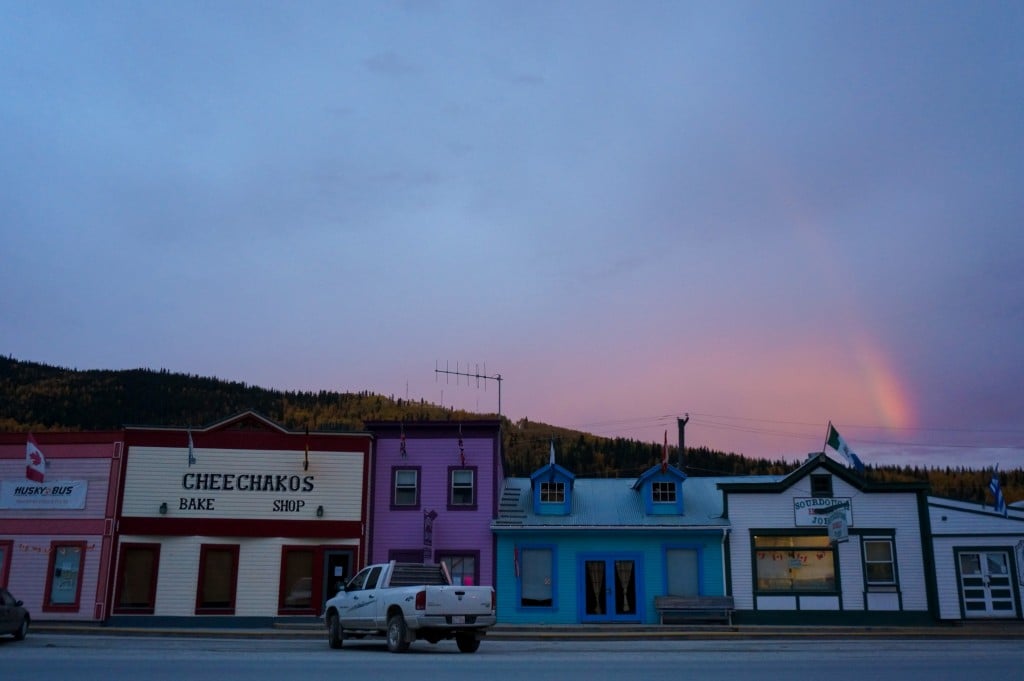 “If it’s not exactly like you thought it would be, you think it’s a failure.
What about the spectrum of colours in between.”
– Sara Evans