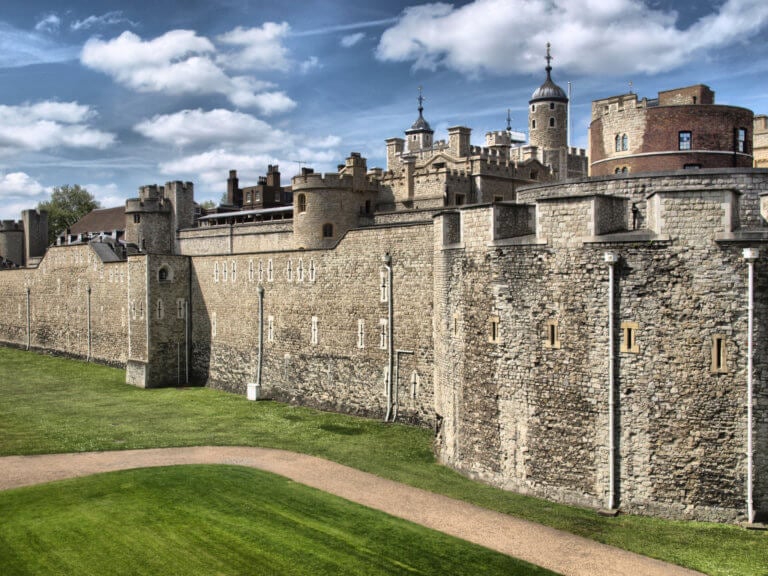 Tower of London: The Ultimate Guide 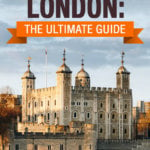 Almost 1000 years ago, William the Conqueror wanted to construct an imposing stone tower that would remind the people of London who was now in charge. The resulting building would become known as the Tower of London, a name that conjures images of tourture racks, executions, royal feuds and ghostly mysteries.

In the millennium that followed its construction, the Tower would have many lives and be put to multiple uses. It served as the residence of kings and queens, a Mint for producing coins, an armory, a zoo, and, infamously, as a notorious prison, house of torture and place of execution. From the Middle Ages right through to the Second World War, enemies of the Crown have lived out their last days in one the Tower’s many dungeons.

Today, however, your chances of getting tortured, imprisoned or executed at the Tower of London are fairly slim. That’s probably why as many as three million tourists visit each year to see the armour displays in the White Tower, gaze with envy at the Crown Jewels, learn about the rich and grim history, and meet the many ravens who call this ancient castle home.

In this article, we’ll look at how to visit the Tower of London today. If you’re hunkered down in the UK and looking for something to explore in your own backyard, traveling in England, or just in the mood for some living history, then this needs to be near the top of your list. Let’s start with the basics, afterall, they’re not gonna let you in if you don’t have your ticket! Here goes:

Where to get Tower of London Tickets

The official price for Tower of London tickets is £25.00 for an adult and £12.50 for a child. You can purchase tickets at these prices from the official booths at the Tower site.

If you want to skip the ticket queues and also save money, consider getting your ticket online through GetYourGuide. A ticket there costs at least 10% less than the official rate, and gives you instant confirmation, the ability to cancel if your travel plans change, and a mobile voucher you can use to enter the exhibition when you arrive.

If you plan to visit a few attractions while in London, you'll find better value purchasing a London Pass. This single pass grants you access to over 80 attractions, as well as a 1-day hop-on-hop-off bus tour. The pass is valid for 1 to 10 days depending on which pass you buy, and it's instantly accessible from your mobile device.

Because of the coronavirus situation, the hours of the Tower of London may be subject to change, so please check the official Tower of London Opening Hours webpage on the Historic Royal Palaces website before your visit.

At the time of writing, the Tower of London is open from Wednesday to Sunday, between 10am and 6pm (last admission at 5pm).

From November 1, 2020, the plan is for the Tower to be open every day, with slightly different hours. From November, the Tower will be open from Tuesday to Sunday between 9am and 4.30pm, and on Mondays and Sundays between 10am and 4.30pm.

Some visitors choose to visit the Tower of London under their own steam. This gives you the freedom to explore the grounds at your own pace. Others choose to take advantage of a tour-guide who can place the buildings and artefacts in context, and help you get a sense of the history and significance of this infamous landmark.

Your entrance ticket, whether purchased at the site or with a discount through GetYourGuide, includes the option to take a free tour with a Beefeater – these eccentrically dressed guards are unfailingly entertaining and will tell your stories sure to make the blood curdle! Beefeater tours start every 30 minutes during opening hours, groups can be large.

If you’d prefer to dodge the crowds, check out a VIP Early Access Tour – this will get you in at 8.15AM, well before most visitors are even allowed to enter. If you want to appreciate the history without the risk of photobombing someone’s selfie, this may be the answer!

History of the Tower of London

Where to begin! There’s enough history at the Tower of London to fill a library! And indeed, books are still being written to introduce modern readers to the story of one of the most fabled castles in Europe.

The Tower of London: The Biography by Stephen Porter introduces the Tower as an “Icon of England’s history.” Tower: An Epic History of the Tower of London by Nigel H. Jones claims “No building in Britain has been more intimately involved in our island's story than this mighty, brooding stronghold in the very heart of the capital.”

There is no way we can do justice to this mighty story in a wee article! However, here are a few fun facts to whet your appetite…

These stories may have made you eager to visit the Tower, but perhaps not so eager to sleep there overnight. Don’t worry, if you’re visiting from elsewhere, London has plenty of accommodation options to suit any budget, and most are absolutely ghost free!

A visit to the Tower of London can easily take up the better part of the day. And if you’re traveling to London, chances are you want to stay a bit longer and take in some of the many other sights that England’s capital has to offer.

Here are some options that will help you find a cosy place to stay near the Tower:

If you’re thinking that the Tower of London is just one building, then you’re in for a surprise. While it started out as one imposing tower, over the centuries it has been steadfastly expanded into the whopping complex that it is today.

At the time of writing, Covid-19 restrictions have forced the temporary closure of many of the buildings, however the main attractions remain open. Those include all public outdoor areas, the Crown Jewels, and several floors of the White Tower itself.

A map will help you find your way to the sites you most want to see, and will make sure you know what is what when you can’t find a handy Beefeater to ask!

Here’s one courtesy of Thomas Romer: